A case of a broken knee – Therapeutics versus Similars 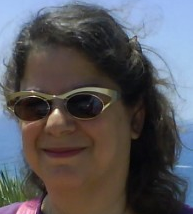 The following case was a turning point for me, demonstrating as it did that Symphytum should never be considered an automatic choice in treatment of broken bones.

Shortly after starting to work more intensively with Boenninghausen’s Therapeutic Pocket Book, and specifically with the P&W Repertory, a 77 year old patient of mine called to say she’d fallen and broken her patella.

My first instinct – based on my training and experience – was to prescribe Symphytum.  But I decided to take the case through repertorisation and keep an open mind – at the time I was unaware of the lack of provings for Symphytum, although I did know that it would not appear in the repertorisation.

The patient called me several hours after the fall.  She already had swelling around the knee, and felt intense pain on rising from a chair.

I took the following rubrics:

The main players from these rubrics were:

The patient had told me that just prior to falling, she had had intense arguments with her grown children, who were threatening to have her declared legally incompetent and demand guardianship – especially over her finances.

I added in the rubric:

The only remedy covering all was Staphysagria.

I had never heard of use of Staphysagria in cases of broken bones – since then I have heard it’s not uncommon.  When I looked at the proving symptoms, I could see other current presenting symptoms in my patient reflected in the proving, and decided to give the remedy.  The decision was not an easy one.  On the one hand, my training and experience, the conditioning I’d been through, pushed me heavily towards giving Symphytum.  On the other hand – the facts on the ground, the presenting symptoms together with causality and a very clear, definite mental symptom, clearly indicated Staphysagria.  On further reading of the remedy, the modalities all backed up the choice of remedy.

The patella healed very fast (the treating allopathic physician was appropriately confused and bemused), and the case made very good progress with Staph, Calc and at the end with Rhus Tox.

I believe that in most schools, students are taught, as I was, that Symphytum is always the first remedy of choice in cases of broken bones.  But at least with Arnica there are provings, and it’s possible to gauge what Arnica can do for a sick person based on the reactions it can provoke in a healthy person.

Symphytum only went through a fragmentary proving by Malcolm Macfarlan and his son Donald, which was published in 1894 under the title “Provings and Clinical Observations with High Potencies”.   The following is quoted in Franz Vermuellen’s “Prisma”, 2002.

“Pains across his epigastrium from one side to the other; worse opposite the spleen and in walking; when sitting pain is severe about the navel; griping pain; headache sometimes in the occiput and again in top of head, occasionally in forehead; indefinable headache all over the head.  Menses stopped; great deal of headache.  Feeling of weight in the forehead constantly.  Considerable fever, which comes and goes often during the day.  Often complains of coldness, cramp and diarrhoea; nasal cavity sore, picking at the nose; rubs her eyes; inflamed ears, feels as if something was in them, stopped up, can’t hear well, slight deafness feeling miserably; generally weak and no desire or ability to be employed.”  (from Symphytum 5C)

“Alternately cold and feverish all day; after a few days continued coldness and a desire to have on more clothing.  Itching of eyelids; disposition to rub them.  Menses cease for a month when proving.”  (from Symphytum 15C)

So this is the situation.  Many symptoms are bandied about as belonging to the broken bone situation which Symphytum is so married up with.  Bone pains, joint pain, pain from subluxation of joints, pains worse at night, pain in an amputated stump etc., are just some examples.  I have yet to hear that Symphytum was prescribed for a patient because he’d had a fracture and was constantly picking his nose.

Most of the symptoms given in Materia Medicas for Symphytum relate to clinical use of the substance – whether using in diluted and succussed form, or drawn from the centuries-long clinical use of the herb Comfrey, also known as Knitbone which is something of a dead give-away as to its traditional herbal uses.

I had treated a broken bone case the previous year, using Symphytum as a central remedy amongst those I prescribed.  One of the things I became aware of at that time is that since I was not prescribing the Symphytum based on symptoms, rather based on the therapeutic recommendation – case management was complex.  When we manage cases after prescribing according to the Law of Similars, as we watch the symptom picture shift and change, we change the prescription – in terms of potency, frequency of dose etc. or where it’s clear, change of remedy.

When giving Symphytum as a therapeutic, it’s impossible to track its progress against the symptoms since they were not the basis for the prescription in the first place.   In the previous case, the Symphytum did help the healing, but I believe if I had given a remedy indicated against symptoms, it would have been possible to achieve better results through the increased clarity that use of the Law of Similars brings.

This entry was posted in Cases. Bookmark the permalink.