The Danger of Self-Medication

.
Indeed, a problem not only in the side effects inherent in allopathic medicine, but also in the development of chronic diseases as specified in paragraph 74 Hahnemann’s Organon 6th edition:
” Among chronic diseases we must still, alas!, reckon those so commonly met with, artificially produced in allopathic treatment by the prolonged use of violent heroic medicines in large and increasing doses…”

In countries like ours, (Mexico) where most of drugs are sold without a medical prescription, it is common to see self-medicated patients due to ignorance or lack of economic resources for getting medical attention. In Mexico, anyone can get medications from simple anti-inflammatory to glucocorticoids (dexamethasone, betamethasone), and even stronger drugs like hormonal and bronchodilators and more. 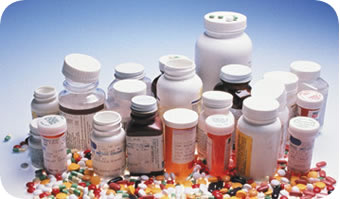 Although in August 2010 a new regulation was issued regarding the sale of  antibiotics, nothing has changed and antibiotics continue to be sold over the counter in  pharmacies. This violation of the law, comes from the excess of graduates of the universities. The proliferation of newly qualified medical doctors and pharmacists in urgent need of employment and the greed of the Pharmacies putting profit before anything else compounds the issue.

Thus, people can get an antibiotic, whatever it is, and in large quantities, which will be justified from a pre-signed prescription by a doctor even if it does not have a strictly medical indication for its administration. To speak about usurpers who practice the medical profession without a license or through a false entitlement would be a separated issue.

I recall the case of a mother who gave a 8mg vial of dexamethasone to her 3 year old daughter every time she got a cough because the mother noticed that the “cure” came in a few minutes, however, the cough came back every 7 or 14 days, so that was the interval in which it was given such a drug, only God knows since how long. One could see on the little girl her overweight, prone to infections (immunosuppression produced by steroids), full moon face.

Thereby, it is not uncommon to see patients with multiple side effects as in this case of Cushing syndrome, but also by other medications: hemolytic-uremic syndrome by antibiotics, alterations of liver, intestinal bleeding (especially with anti-inflammatory), bowel ulcers, hypertension, diabetes secondary,  aplastic anemia, disulfiram effect, coagulation problems, etc. Not forgetting that many of adverse reactions are on an irreversible character, which means, that are permanent.

I wonder where WHO and health authorities are in countries where this problem occurs.

Please, feel free to write your comment on this page. All are welcome.