A thought on Miasms expounded (Background information for the Mallorca Seminar). 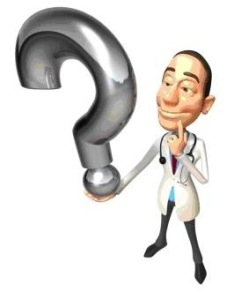 (1) Disease is due to the presence and infection in the living body of morbific or hostile agencies: Hahnemann calls them miasms and modern  medicine calls  them toxins, bacterial or otherwise.

(2) The state of illness so produced could only be cured by the reaction of the body itself.

(3) The sick state is one affecting the body as a whole rather than an isolated part or organ.

(4) The sound and sensible way to assist  the body in its efforts to cure itself, is to provide it with a specific vital stimulus, or in other words (in the  light of modern medicine) to boost the body’s natural defences.

(5) That this could  be  done,  perhaps  only  be  done, by applying the “Law of Similars” or in the language of modern medicine,by applying the principle of immunology, that what a toxic agent would cause, that same agent, in suitable form and dosage, could also cure.This is a physiologically reasonable hypothesis. The introduction of a drug or a foreign agent into the body induces a tissue reaction  and  response: this reaction carried to a certain degree will produce symptoms as the result of altered cell-activity and disturbed function. This  alteration in tissue activity can be corrected and the disturbance of function can be reversed, provided the changes have not proceeded too far, by the enhanced reactive capacity of the body itself. Modern research in the animal and plant physiology has demonstrated again and again that a variation in stimulus can produce  exactly opposite  effects, facilitation in place of inhibition, hyposecretion in place of hypersecretion.

Hahnemann in his penetrative  wisdom and intuition forestalled the findings of present day research. He said,in effect that the body became sick because its defence forces were fighting a losing battle and he applied the principle of immunology, the  law of similars to cover the whole range of drugs and substances available for medical  purposes.

(6)  The efficacy of similar remedy  is concerned primarily with living pathology, the  disturbed state of the body metabolism as a whole rather than with “isolated findings”  provided by the laboratory or post-mortem table. However these latter are welcome when relevant and by no means to be despised or discounted.

(7)  Indicators of basal sick state are symptoms in their entirety which provide more than a symptom complex to which can be appended a  diagnostic label. They arc the manifestations of and an indicator  pointing to the deviation from the normal function that is causing the sick state of the body. The actual changes associated with this early deviation from the normal functions, may be extremely difficult of detection and consist of:

(a) changes  in the electro-physical or para physical potentials,

(b) changes in enzyme activity,

(d) changes in a sphere as yet poorly understood;the sphere of the invisible or non visualisable vital dynamics.

It is undoubtedly inherent in all living tissues as the capacity to maintain life and defend that life against the harmful effects of hostile agents.  The introduction of a toxic agent into the body stirs up  this defensive reactivity.

(a)  If the reaction is adequate, no damage or at least transitional damage is effected.

[b) If the reaction is inadequate from one cause or another: A sick state of the body will be induced and become apparent sooner or later in the shape of symptoms of which the sick person is aware. These symptoms are evidences of something wrong: they constitute the outward and visible or observable signs of an inward metabolic disturbance. In the absence of  any more satisfactory means of detecting early and occult tissue changes  these symptoms may assume a very poignant therapeutic significance.

(9) The primary aim of all adequate therapy is to assist internal reactions of the body and  to co-operate with nature and not coerce  nature and  possibly interfere  with vital functions, and at the same time certainly not merely to control symptoms at the risk of inducing fresh tissue damage and further disturbance of the metabolic balance.

(10) The cells and tissues of the body are delicate and easily damaged;  the finely poised balance of vital functions, endocrine,  autonomic, bio-chemical, bio-physical is readily disturbed.

Drug therapy is always accompanied by the risk of drug toxicity,  by the unpleasant possibility that in obtaining relief from  symptoms, often  only temporary relief, the underlying basal sick state may be left unchanged or may even be aggravated Never perhaps, was this  more the case than at the present time when the drug-market is being constantly flooded with a deluge of new remedies,  for the most part synthetically prepared and often of very questionable character both as to efficiency and harmlessness. This is a  state of affairs fraught with much frustration and perplexity for the physician  and also with serious menace to the sick.

(11) Holistic attitude in medicine.Unfortunately many laboratory tests and pathological investigations only afford information on isolated bits and samples of morbid material. In the academic thrill of finding some abnormal state of blood, urine, marrow, C.S.F., or other  tissue sample, attention may easily be diverted from the vital question as to “what is going on and possibly going wrong in the body as a whole”::the whole sum of morbidity that constitute the sick state of the individual. When such findings are “post mortem,” as is often the case, they are obviously of meagre value as guide to accurate therapy in life.Treatment, aimed at or based  on the isolated bits of morbidity is, in the very nature of the case, likely to be unsatisfactory and inadequate, it may even be harmful as tending to further metabolic upset.

(12) It  is indeed becoming more and more  apparent that what  should be our chief concern is the nature and extent of the reaction in the cells and tissues of the body as a whole, For it is these changes and alterations in reactivity possibly without any observable alteration in structure that constitute the basal pathology responsible for the body’s state of disease, distress and disability.