One of the most common criticisms levelled against the therapeutic pocket book, is that it has few mental symptoms to use. This is an erroneous viewpoint based on a lack of knowledge of how to use the therapeutic pocket book, or indeed how to combine symptoms for an accurate and reliable pointer towards remedies that contain the ability to cause similar symptoms as experienced by the patient. It takes a little time working with an experienced TPB prescriber, to understand Hahnemann’s thinking in the methodology that Boenninghausen put together.

I present the notes of an acute case received early this morning before clinic, from a patient who has suffered chronic gout for over 20 years with heavy medication and walking difficulties, who was treated by the I.H.M. Clinic for over two years and removed his gout symptoms. He is now able to have a complete life, pain-free and can walk without aid. Where the gout has cause physical damage over the years, homoeopathy is unable to repair that damage, but in the main the problem is 99% fixed. Occasionally due to external influences, issues can arise in an acute form, such as this issue. 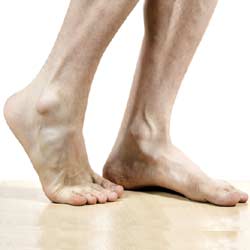 Yesterday a.m. I noticed a slight pain in the outside of my right ankle joint. I have these often from walking up the stairs extra times, or standing up a lot.

Around 10 am I was on the phone canceling a website that my late friend and I had for years that was about our music business.
Unexpectedly, after I got off the phone I had the most intense feeing of physical sadness well up like I would burst out sobbing or blow up with grief. It went on and got worse as the day went on.

I felt a little better after lunch, but not much.

The pain in the ankle increased over the day. Later when getting the mail I noticed I got a Jury Duty summons, the first in 4 years! Last time I had to go downtown, I was humiliated and hounded for 2 days by the judge and the lawyers in front of a hundred people. Really feeling as low as I can remember for long while,I had 2 beers and a shot of bourbon in water over the next 3 hrs.I felt so hopeless, sad and angry about my dead friend and putting the site to rest, and thinking about the jury service.

I had to take a tylenol at 10:30 last night. Just before taking it, the pain started to be a twitching pain that made the leg  twitch with a slight spasm, and that same feeling of wanting to  move it to a slightly different position every few moments. Like when I recently had sciatica-like pain. When the tylenol hit that backed the twitching off. Some slight swelling, painful to touch, pain is a 4 to 5, 0-10. I can tell it would be bad without the drug. It hurts more on first standing on it then better after walking. Some constant pain. A little warm to touch too. Some slight pain in the big toe joint.

At first glance a number of remedies spring to mind. However careful analysis of the prescribing symptoms with an eye on the disease of gout as presented as an acute flareup due to external causes will isolate the remedy required for this problem.

Firstly we note the primary ALTERED shift in the mental state. There is an intense grief and sadness resulting from the death of a lifelong friend, that perhaps was not faced or dealt with at the time of the actual death. The actual reasoning or rationalising of the inability to cope with his friends passing would enter the realms of speculation and not necessary for ascertaining the state for prescribing. What we do know is the new altered state exists. From this state some physical symptoms appeared in co presentation.

So without speculation, the first symptom chosen is 2329  in the P and W 2015 edition of Boenninghausen’s therapeutic pocketbook. The rubric reads:

Aggravation, influences on mind and emotion, grief (sadness and sorrow).

27 remedies listed. Rather than being a ‘single’ specific symptom, the rubric delineates a STATE of being with a causation of generalised sadness from its input.

Keeping an eye on the nature of the pain and its pathology, we used:

Looking at what aggravated the condition we noted:

And finally we noted that changing the position frequently ameliorated the condition temporarily.

With all the observed factors in place, a comparison was made between Ignatia and Arsenicum. Ignatia was prescribed. (click on image to enlarge)

Experience in these cases would indicate that later this picture may turn to Rhus Tox, but as with all things, we let the symptoms be the guide.

This entry was posted in case-taking, Cases and tagged case-taking. Bookmark the permalink.

One response to “Mental symptoms and Boenninghausen.”