Now you tell me, which of the following is more interesting:

“Sepia is suited to tall, slim women with narrow pelvis and lax fibers and muscles; such a woman is not well built as a woman… the remedy seems to abolish the ability to feel natural love, to be affectionate… she may even be estranged and turned aside from those she loves. This is on the border land of insanity… (Kent’s lectures)”

Sepia is suited to all men and women who exhibit symptoms pertaining to that remedy, to be determined first with reference to the proving and subsequently to other materia medicas. (VR et al, 2015)

END_OF_DOCUMENT_TOKEN_TO_BE_REPLACED

The Rationale behind the P&W Therapeutic Pocket Book

The P&W TPB is primarily an English language facsimili of the original 1846 edition of the aid to Materia medica as designed by Boenninghausen.

Vladimir Polony and Gary Weaver translated the German text into English utilising Medical Dictionaries of the time period. Vladimir, although fluent in German, also was ably helped by NATIVE German speaking colleagues to define language nuances and changes in meaning of words over a 200 year gap. Once the old German was translated into new German, but retaining the meaning of the original intention, we were then able to translate into English. END_OF_DOCUMENT_TOKEN_TO_BE_REPLACED

The IHM is releasing the English version of the P&W Boenninghausen TPB today. Retail Price is $85 + postage. The first 100 purchasers can obtain the book for $55+ postage.

The delivery company require that we have your phone number. PLEASE SUPPLY THIS WHEN PLACING ORDER BEFORE WE INVOICE YOU.

Posted on October 26, 2015 by admin in Homoeopathy

Sulphur and the art of map-reading

Sulphur is a huge remedy. With 1969 symptoms listed in the Chronic Diseases proving, it is unwieldy to “just look at”.

You can work with provings just as you would use maps to get to know a new city. Perhaps Sulphur is an ideal proving to show the importance of this way of working. When visiting a place you have not been before, it’s often interesting to get to know it on foot, with no prior information, absorbing the sights and sounds and getting interestingly lost. END_OF_DOCUMENT_TOKEN_TO_BE_REPLACED

The study contradicts the widely held view that they save lives and last night health experts demanded a radical overhaul in the use of the drugs – which have been linked with severe and debilitating side-effects such as diabetes, muscle pain and cataracts – claiming the research reveals patients have been “misled” over “exaggerated” benefits.

The British Medical Journal, which published the findings, called for a review of prescribing guidelines for statins which are routinely given to up to 12 million patients.

Professor Jesper Hallas led the research, which assessed 11 major studies on statins, including patients at lower and high risk of heart disease.  It followed patients for up to six years. The research compared patients who took the drugs with those who unknowingly took a placebo.  It concluded: “Statin treatment results in a surprisingly small average gain in overall survival within the trials’ running time.”

Professor Hallas, an expert on medicines at the University of Southern Denmark, said: “I have heard a lot of patients complain they cannot tolerate statins and they are told they have to put up with it.  If I suffered side-effects from statins I would stop taking them, even if I was at high risk of heart disease.”

However, he said more research was needed to confirm his findings.  His team is now carrying out work to assess whether statins reduce the risk of non-fatal heart attacks and strokes.

British Medical Journal editor Dr Fiona Godlee said: “The recommendations for the prescribing of statins should be reviewed in the light of this information.”

Dr Aseem Malhotra, a London-based cardiologist who has analysed the effects of the cholesterol-busting drugs agreed.  He said: “This study strongly suggests the benefits of statins have been grossly exaggerated.”

Dr Malcolm Kendrick, an expert on heart health, said: “Patients have been manipulated and misled over these drugs.”

Earlier this year this paper revealed statins have been linked to almost 20,000 reports of side-effects – including muscle pain, cataracts, liver dysfunction, diabetes, fatigue and memory loss – and 227 deaths.

Doctors are currently recommended to prescribe statins for anyone who has a 10 per cent risk of heart disease within a decade.

Scientist Peter Doshi from the John Hopkins School of Medicine has issued a SCATHING report on the dangers of flu vaccines in the British Medical Journal (BMJ) that completely demolishes the established ‘scientific’ theory that flu vaccinations are safe and effective.

Peter Doshi, Ph.D., says that the CDC’s policy of encouraging the public to get their yearly flu shot is based on low quality studies that fail to substantiate the claims that they prevent influenza, and that downplay the risks in taking the shots.

Promoting influenza vaccines is one of the most visible and aggressive public health policies in the United States, says Doshi of the Johns Hopkins School of Medicine. Drug companies and public officials press for widespread vaccination each fall, offering vaccinations in drugstores and supermarkets. The results have been phenomenal. Only 20 years ago, 32 million doses of influenza vaccine were available in the United States on an annual basis. Today, the total has skyrocketed to 135 million doses.

“The vaccine may be less beneficial and less safe than has been claimed, and the threat of influenza seems to be overstated,” Doshi says. Mandatory vaccination polices have been enacted, often in healthcare facilities, forcing some people to take the vaccine under threat of losing their jobs.

The main assertion of the CDC that fuels the push for flu vaccines each year is that influenza comes with a risk of serious complications which can cause death, especially in senior citizens and those suffering from chronic illnesses. That’s not the case, said Doshi.

When read carefully, the CDC acknowledges that studies finding any perceived reduction in death rates may be due to the “healthy-user effect” — the tendency for healthier people to be vaccinated more than less-healthy people. The only randomized trial of influenza vaccine in older people found no decrease in deaths. “This means that influenza vaccines are approved for use in older people despite any clinical trials demonstrating a reduction in serious outcomes,” says Doshi.

Even when the vaccine is closely matched to the type of influenza that’s prevalent, which doesn’t happen every year, randomized, controlled trials of healthy adults found that vaccinating between 33 and 100 people resulted in one less case of influenza. In addition, says Doshi, no evidence exists to show that this reduction in the risk of influenza for a specific population — here in the United States, among healthy adults, for example — extrapolates into any reduced risk of serious complications from influenza, such as hospitalizations or deaths, among seniors.

“For most people, and possibly most doctors, officials need only claim that vaccines save lives, and it is assumed there must be solid research behind it,” says Doshi. Unfortunately, that’s not the case, he says.

Although the CDC implies that flu vaccines are safe and there’s no need to weigh benefits against risk, Doshi disagrees. He points to an Australian study that found one in every 110 children under the age of five had convulsions following vaccinations in 2009 for H1N1 influenza. Additional investigations found that the H1N1 vaccine was also associated with a spike in cases of narcolepsy among adolescents.

Doshi’s concerns echo those of Dr. Russell Blaylock, a neurosurgeon and author of “The Blaylock Wellness Report” who has deep concerns over the safety and efficacy of the flu vaccine.

Not only is the vaccine not safe, Dr. Blaylock tells Newsmax Health, it doesn’t even work. “The vaccine is completely worthless, and the government knows it,” he says. “There are three reasons the government tells the elderly why they should get flu shots: secondary pneumonia, hospitalization, and death. Yet a study by the Cochrane group studied hundreds of thousands of people and found it offered zero protection for those three things in the general community. It offered people in nursing homes some immunity against the flu — at best one-third — but that was only if they picked the right vaccine.”

A study released in February found that the flu shot was only 9 percent effective in protecting seniors against the 2012-2013 season’s most virulent influenza bug.

What’s even worse is that small children who are given the flu vaccine get no protection from the disease. “The government also says that every baby over the age of six months should have a vaccine, and they know it contains a dose of mercury that is toxic to the brain,” says Dr. Blaylock. “They also know the studies have shown that the flu vaccine has zero — zero — effectiveness in children under five.”

For most people, says Dr. Blaylock, flu vaccines don’t prevent the flu but actually increase the odds of getting it. The mercury contained in vaccines is such a strong immune depressant that a flu shot suppresses immunity for several weeks. “This makes people highly susceptible to catching the flu,” he says. “They may even think the vaccine gave them the flu, but that’s not true — it depressed their immune system and then they caught the flu.”

Mercury overstimulates the brain for several years, says Dr. Blaylock, and that activation is the cause of Alzheimer’s and other degenerative diseases. One study found that those who get the flu vaccine for three to five years increase their risk of Alzheimer’s disease 10-fold.

Doshi asserts that influenza is a case of “disease mongering” in an effort to expand markets. He points to the fact that deaths from flu declined sharply during the middle of the 20th century, long before the huge vaccine campaigns that kicked off the 21st century.

Why do drug companies push the flu vaccine? “It’s all about money,” says Dr. Blaylock. “Vaccines are a pharmaceutical company’s dream. They have a product that both the government and the media will help them sell, and since vaccines are protected, they can’t be sued if anyone has a complication.”

Doshi’s article “is a breath of fresh air,” says Dr. Blaylock. “This article exposes in well-defined and articulate terms what has been known for a long time — the flu vaccine promotion is a fraud.

“Here’s the bottom line,” says Dr. Blaylock. “The vast number of people who get the flu vaccine aren’t going to get any benefit, but they get all of the risks and complications.”

END_OF_DOCUMENT_TOKEN_TO_BE_REPLACED

Viewed through proving: the not-so-serene Chamomilla

As practitioners reading this blog will confirm, we often learn the most valuable lessons from our patients.

A patient mentioned to me that recently she found herself irritable and snappy, and didn’t quite know why. It turned out that since she stopped drinking coffee on a previous homeopath’s instructions, she had been drinking large amounts of chamomile tea. END_OF_DOCUMENT_TOKEN_TO_BE_REPLACED

What’s in a name? Hahnemann’s warning to beware of disease names 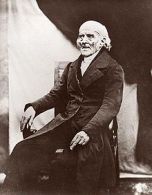 In his introductions to provings, Hahnemann often gives a list of diseases where the remedy in question has been helpful. Many seem to see this as a clear therapeutic indication for the diseases named. It is noticeable that Hahnemann himself, a very prolific writer, did not write any form of therapeutic catalogue. END_OF_DOCUMENT_TOKEN_TO_BE_REPLACED

List of Vaccine Fillers: Officially administered by design with vaccines provided to the public; in addition to the viral & bacterial RNA or DNA (combinations of excipients vary depending on specific vaccine series) –