2015 was a difficult year for the Institute for Homoeopathic Medicine. We had some health issues among the staff, There was  a  loss of personnel in the midst of a key project that set us back logistically and financially for a while.

On the positive side, Ed and Marcia completed the English edition book version of the P&W Repertory. It was a difficult task.

We also revised the SYNOPSIS computer program to comply with EU and AMERICAN laws regarding patients notes. We have not released it yet but it will be released later this year.

Gary Weaver (writer) has been in Spain for two months. He has conducted a three day workshop around case taking with about 22 Doctors.  a few live cases were conducted. The doctors were returned to the outline that Hahnemann directed practitioners to use and only take symptoms that had changed, leave out personality, and to flesh out every symptom with location, sensation and modalities. It was an interesting time.

After the seminar,  The I.H.M. via me, entered into discussions with 2 of the attendees, known to me for a while, (who use the Boenninghausen repertory to utilise Hahnemanns thinking in case analysis and are convinced by the efficacy of the method) to look at the prospect of teaching the basics of Hahnemanns homoeopathy to Spanish speakers in Spain and around the world. We agreed to work together, based out of Spain using online home based teaching, online webinars and physical Seminars. I am currently revising all the material to be translated into Spanish.

We will also continue the English speaking online course in a slightly different format because of the time differences for the students in other countries. We have decided to go the mentor route and teach individually rather than in a group. It works better for the student/practitioner. More on this later. 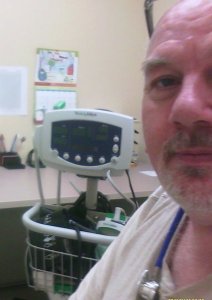 Spain is a country that has recognition for homoeopathic medicine. It also has a huge problem. The medical homoeopaths are pushing for exclusivity to practice yet they are not attracting medical doctors to learn the practice. In one of the Degree courses based in Barcelona, there are 60 particpants and not a single Doctor registered on the course, only Pharmacists and Vets. In another Degree course there is only ONE student!

For this reason, and because the I.H,M. is a private teaching resource, we are able to offer our courses to anyone who meets our criteria regardless of a medical degree or not. We would not like to see the therapy stop because of lack of practitioners. We are not offering a licence to practice, we are offering a full training in Hahnemannian homoeopathy.

We are aware that many of the modern teachers make a claim to be Hahnemannian practitioners and follow his methods precisely. In discussion with some of them, or in reading their writings, it becomes obvious that they do not understand the principles which are clearly stated in the Organon and elsewhere, in fact most of them contradict Hahnemanns findings in his experimentation.

We are often accused of being elitist. We only know what we know through years of research and study, and then only discuss things when they can be backed up from other sources. All of us are happy to be corrected by documentary evidence.

So 2016 will be contentious in some respects but we are in the middle continuing to promote the homoeopathy of Hahnemann.

Feliz año nuevo and happy new year to everyone.

This entry was posted in Admin Comment and tagged homoeopathy. Bookmark the permalink.