The IHM and what it stands for.

In 1810, Hahnemann presented his groundbreaking new medicine and therapy via the book the Organon of the Medical Art.  He presented his method in carefully structured detail. He compiled a database of medical substance proving’s which were listed in the Fragmenta, the Materia Medica Pura and Chronic Diseases.  Hahnemann taught his methods to many students and colleagues, but only put his trust in a small number of practitioners, of whom Clemens Maria Franz (Friedrich) Freiherr (Baron) von Bönninghausen was perhaps the most prominent.

Bönninghausen’s  projects of reportorial works culminating in Therapeutic Pocket Book, was approved by Hahnemann as being an accurate representation of the proving’s database and clinical experience. (The T.P.B. actually is an amazing synthetic approach of how Hahnemann’s mind worked in case analysis.)

Although Hahnemann revised the Organon six times before his death, and constantly examined possible changes to methodology, he never made changes to the central prescribing principle of like cures like, without which homeopathy (the therapy) cannot exist as a separate modality.  If the principle of “like cures like”, with its required database of provings, is abandoned, as has been the case with modern approaches and methods, the certainty offered by prescribing to principle is lost, the path obliterated. 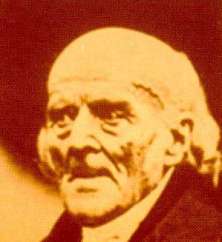 At the IHM we look no further than Hahnemann’s circle of trust.  We work with Hahnemann’s structure of method and database, Organon and proving’s.  We explore the writings of those whom Hahnemann commended, and study and apply the work of Boenninghausen in great depth.

We do not do this slavishly.  In order to validate the method, the works and writings of others claiming to be homoeopaths are examined for similarities and differences in approach to the therapy. Sadly, the decline in homoeopathic integrity began with one of its most able practitioners who was politically naïve.

On the political level Carroll Dunham was a peace maker. It was said of him that he had no enemies. His liberal and generous mind made it easier for him to accept compromise. Unfortunately compromise on the search for the truth leads to error. In 1870 he made a notable presentation before the American Institute of Homœopathy (AIH) called ‘Freedom of Medical Opinion and Action: a Vital Necessity and a Great Responsibility’. He believed, contrary to his predecessors, that liberty of opinion and practice should prevail within the AIH. He said that he was sure that “perfect liberty will sooner bring knowledge of the truth and that purity of practice which we all desire.” His speech provided license to the pseudo-homeopaths to practice as they wanted and be still identified as homeopaths. Subsequent to his address knowledge of homeopathy was removed in 1874 as a requirement for membership in the AIH. Dunham died in 1877 and did not witness the disastrous effect his noble but naïve vision eventually had on the course of homeopathy in the U.S.A. as most of our institutions disappeared after its members had adopted practices at variance with the teachings of Hahnemann.

We work with great care and certainty because we value our integrity as homoeopathic practitioners, and we owe it to our patients to treat based on a tried and true principle, to avoid speculation, theorizing, and invented systems whether based on sensation, the periodic table, kabala, shamanism, kingdoms, families and the like.

Hahnemann’s homoeopathy is the modality which achieved tremendous successes in the cholera epidemic of the early 1830s, leading to its acceptance in medical faculties in Europe at the time as a discipline for study.  The original works are filled with discussions and cases demonstrating the efficiency of the method across the spectrum of diseases afflicting mankind.

Today homoeopathy is either being outlawed or relegated to treatment of the most minor problems.  Its vast ability as a medical modality is being lost. Poor training, poor understanding of the medical science behind its development and a search for novelty in case analysis all have contributed to its demise as a valid therapy and is thought of as an intuitive healing method rather than the effective treatment it really is.

The IHM puts all its efforts into teaching from original materials, working with practitioners to achieve greater certainty and effectiveness in prescribing through a full understanding of the central principle of homoeopathy and the best ways to apply it in homoeopathic practice.

We do not wish to add more novel ideas to the world of homoeopathy.  We do see it as part 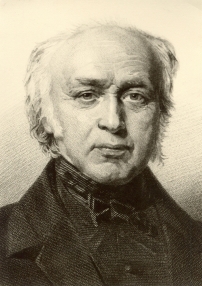 of our professional duty, to keep the standards high and teach the real methodology to all who desire to practice proper medicine in the prescribed manner. We lay no claim to being ‘better’ prescribers. We do however concede that our results based on the instructions of Hahnemann give better resolution to medical problems than other interpretive methods of prescribing. There is a great latitude in applying the therapy, however deviating from its central core or adding a false overlay of psychological analysis and emphasizing or interpreting physical symptoms as delusional states is not the answer.

This entry was posted in Admin Comment and tagged homeopathy. Hahnemann, homoeopathy. Bookmark the permalink.

One response to “The IHM and what it stands for.”