Subjective observation is the problem.

The problem with Diagnosis in homoeopathy is that it relies most heavily on subjectivity rather than objectivity. 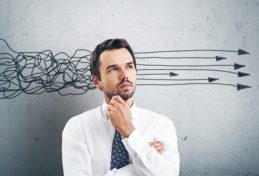 Whilst it is true that a symptom is pretty objective, the actual diagnosis as per aph 6, is not based on the entire collection of symptoms of the disease, but on relatively few that aph 153 describe.

For those steeped in the Kentian philosophy, the objective viewpoint will be slanted towards the personality/mental/emotional symptoms that the patient exhibits which may or may not be altered states of disposition from a pathological point of view and therefore lead to an incorrect prescription.

For others, with no understanding of pathology and disease symptoms, the inability to know what is common to the disease may lead to inclusion of many symptoms that are not prescribing symptoms at all.

It is this basic fundamental observational required skill that differentiates a true practitioner from the man floundering in darkness in a sea of symptoms.

This is why we fail in case analysis sometimes, but more importantly why conventional testing of homoeopathic medicines cannot be applied due to the prescribing protocol for symptoms.

It is not as easy as one would think.

This entry was posted in Admin Comment, Teaching and tagged common sense. Bookmark the permalink.