Causal Medicine and homoeopathy. (1 of 2)

The Thrust of modern medicine is to find causes of disease conditions and to  remove them with the idea that by removing the cause the effect will cease and result in cure of a disease.

According to the thinking of mainstream medicine,  three things have been pointed  out as causal factors  of  diseases, e.g.,  pathological structure,  pathological  function  and  indirectly pathogenic bacteria capable of producing disease conditions. 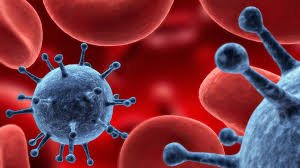 Science postulates the  cause is  the invariable,  unconditional  and immediate antecedent of the effect or the sum-total of conditions, positive and negative, taken together which  are sufficient to produce the  effect without the presence of any  other antecedent  or in other  words,  in scientific investigations,  the  cause must be regarded as the entire aggregate of conditions or circumstances requisite to the effect.

However it can easily be demonstrated that neither structure, nor function or  micro-organisms possess the  properties of cause (strictly according to the  canons of logic), which are as  follows:

Since the principle of causation is a  hypothesis which up till  now has not been proven  in  practice and is theoretically unjustified, all  the researches devised for the purpose of finding causes  (prima causa morbi)  must be inconclusive. Little wonder,  then,  that despite the enormous amount of work done we have been unable to find the original causes of diseases and that  medical   theories  succeed one another with such extraordinary  rapidity.

The  claim of the orthodox system of medicine of being  a rational scientific one because of its being based on the principle of causality, fails.

Here  Homoeopathy  steps  in.  Hahnemann  gave  up  the attempt to  base his system of medicine on a causal basis. To him association or sequence of phenomena was enough. He presented Homoeopathy, based on the Law of Similars as  a descriptive  science,  based on  phenomenalism and not concerned  principally with causal explanations.  It is also  to be noted that  we find  Hahnemann’s ideas in accord with the most advanced conceptions of physical science.

Here, we must pause and reflect, ask questions and rationalize.  Is Hahnemann saying that Bacteria and Virii are not the cause of a disease? No. Hahnemann was among the first to describe bacteria as “living” creatures that carry disease inducing infection. After studying his words for 35 years, I have come to see that he divides causality and individual disease as two separate entities.

You can remove the cause, the bacteria, the virus, the fungus, and yet Dis-ease itself will continue to be present in the organism. Many times I have seen Gonnorhea infection ( Neisseria gonorrhoeae) removed from a person, and yet health declines. Sometimes even the partners health can decline and no trace of gonorrhoea can be detected.

So a situation arises within homoeopathy and understanding of what Hahnemanns theory of Miasms is refering to. In my experience, 95% of all explanations are simply wrong. I bring Miasms into this discussion simply because it answers how we as homoeopaths can relate to the subject of causality and disease.

It took me a number of years of reading and re-reading the Chronic Diseases and the Organon to gain insight into the explanation of Hahnemanns words. For those of us with a training in homoeopathy that included Kents interpretive and religious overlay, it required a leap of faith to put aside the philosophy of Swedenborgianism and just look at Hahnemann without that veil. Once done, the meaning of Hahnemanns words became clear.

Miasm is an infecting agent.

Miasmatic Disease is the resultant illness after being infected. It is NOT the infecting agent.

So. following the logic, once infected a disease process starts up. This is no longer dependent on the infecting agent, and is a direct reaction to BEING infected. Removing the primary infection prevents a CONSTANT infection state, but does not stop the reactive disease production that has started.

We will discuss further in another article.

This entry was posted in miasm and tagged homoeopathy. Bookmark the permalink.

2 responses to “Causal Medicine and homoeopathy. (1 of 2)”