There is a trend with Kentian trained homoeopaths, to learn remedies based on personality prescriptions. The training undergone by the practitioners is slanted that way to make it ‘easier’ to prescribe.

The problem with this type of prescribing and remedy comprehension, is simply that it is wrong and dangerous.

Remedies dont have personalities. They are a collection of symptoms produced by a substance. The substances ‘poison’ the living host to produce reaction and the reactive host develops symptoms based entirely on the content of the substance and in the same manner every time. By attributing personalities to the remedy, it destroys the rationale of finding a disease state in a person or animal based on individual symptoms rather than being influenced by the ‘personality’ of the remedy, ie, sulphur is a dirty unkempt dreamer of many things.

I have been in the company of a ‘homoeopath’ for a week who uses intuition and kinesiology to prescribe. A sick patient was in his clinic and he asked me what I would give… after 5 minutes and checking a symptom in the repertory, I made a prescription. He took the bottle of the medicine I prescribed, placed it on her neck and raised her arm. He said, “I dont feel this remedy is correct” and gave her something else. I said to him gently that the patient was very sick and that the remedy I prescribed, in my experience and knowledge of both the disease and the remedy, would be effective in stopping a progression the acute disease.

He said that his intuition confirmed by the muscle testing said otherwise. Later that day, the patient worsened and was taken to hospital…. The homoeopath explained to me that obviously the patient was too sick for the remedy to work! The father of the patient, who had been in the room during our conversation, phoned me later that night, and told me the sx were the same and wanted to know the remedy name I prescribed to give the child. He came to my clinic, picked up the remedy and administered it. The child broke the fever, perspired and was feeling better in 7 hours.

I consider myself intuitive. I see intuition as a subconscious assimilation of experiences, observations and learned knowledge that is tucked away in the recesses of the mind. Many times in observing a patient, I have a feel for a medicine, BUT is based on symptoms expressed that I subconsciously have picked up through my senses and have observed before or have read about… I still balance this intuitive feel with the concrete reality of the Materia Medica.

Having the experience of thousands and thousands of patients over the years, there is knowledge assimilated of symptoms that respond to a certain remedy or treatment protocol. I see a triad of symptoms and recognise the ‘picture’ of a remedy which has these clinical characteristics, and despite the disease name, are present.

I am also keenly aware of subconscious behavioral changes in my relationships. I know when something is not quite right or is different or off. I may not know why, however I know something is going on. I think humans develop similar body behaviour patterns that a discerning observer can pick up subconsciously and relate to previous experiences and thus see what is going to happen shortly, and it does.

Intuition based on solid experience and training is helpful. Based on a false spiritual foundation will fail all too often.

When I work with my colleague Manuel in the clinic, we will come to a remedy based on solid logical reasons. However a few times, Manuel will say to me “you are not happy with this prescription are you?” This is a cue to re-evaluate the case and look for things we had missed.  I am unhappy with the prescription simply because it did not match the pace, pitch and power of my experience with the remedy. It does not “feel right” even though the symptoms match.

We had a child with a bad cold and pains in his body…difficult to get sx as was just less than 2 years old. He had been sick for a week. We arrived at a remedy…. this was a  “you are not happy with this prescription are you?” time. 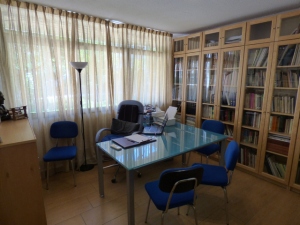 So we just observed a little more. He was sat in the clinic, the temp was hot, just a diaper on… when the fan blew on him, it did not bother him at all. Our clinic table is glass. I picked the child up and placed him on the table. He immediately began to cry. A minute later I placed his hand on the table and he began to cry again.

I used the rubrics AGGRAVATION cold becoming, part of the body, and touching an object cold. These and other symptoms led us to RHUS TOX as the remedy. he was better the next day.

The correct use of intuition, willing to trust the inner knowledge gained with experience, is a good thing. However, is best to hone the intuition with checking the facts.

This entry was posted in case-taking and tagged homoeopathy, Practise. Bookmark the permalink.

One response to “Intuition and Homoeopathy.”