Why it all went wrong in the USA.

Modern homoeopathy is not the practice of Hahnemann.

“………There is no evidence that Hahnemann ever read any of Swedenborg’s writings. This was not the case, however, for Hahnemann’s followers, who not only referenced Swedenborg’s teachings but openly embraced homeopathy as their preferred system of therapeutics. They made the connection by concluding that disease was an aberration of the spirit and that all physical manifestations of disease had their counterpart in a spiritual disorder. Disease derived from intemperance and ungoverned mental passions that ate away at the “interiors” of a person and eventually destroyed a person’s “exteriors.”

The concordance between Swedenborg’s philosophy and homeopathy caused numerous Swedenborgians to become homeopaths. This included Charles J. Hempel, chair of materia medica and therapeutics at the Hahnemann Medical College of Philadelphia, who believed that the material substances that composed the living organism were activated by an immaterial dynamic force. Disease, which represented an abnormal condition in the organism, could be cured by those active substances in medicine that produced a dynamic change in the organism’s vital condition. Every true drug contained a dynamic force or property. In his explanation of the outward resemblance of drug symptoms to the symptoms of disease, Hempel substituted the phrase correspondentia correspondentibus curantur for Hahnemann’s similia similibus curantur—a remarkably clear indication of Swedenborg’s influence.

The Englishman James John Garth Wilkinson was a homeopathic physician who edited many of Swedenborg’s treatises and authored a significant early biography of Swedenborg in 1849. He correlated Hahnemann’s infinitesimal medicines, particularly those from the third to the two hundredth dilution, to Swedenborg’s doctrine of degrees. Most homeopathic medicines are manufactured at the sixth dilution, but some of them are so diluted that they lack virtually a single molecule of the original menstruum. This situation appears to be no impediment to the homeopath, however, who insists that something must remain since homeopathy “works.” According to Wilkinson, there was a direct relationship between the higher potency that comes with successive dilutions and different levels of spiritual rarefaction, moving from the various parts of the body to the muscles, nerves, fibers, and membranes and finally to the brain, mind, and soul. He believed that the time was coming when the world of medicine would discover “new insights and capacities” as a result of Swedenborg’s spiritual accomplishments. The challenge was to redeem the medical profession of its materialism, open its mind to a more theological pathology, and use the law of correspondences to understand the condition of the body and the soul. For the New Church physician, the human body became a spiritual organism whose treatment required a carefully constructed correspondence between material science and revelation.

Hempel and Wilkinson were early bridge-builders between homeopathy and Swedenborgianism, but the principal catalyst for this conjoining of ideas was James Tyler Kent, professor of materia medica at Hering Medical College and Hospital in Chicago. He constructed a uniquely Swedenborgian approach to Hahnemannian medicine in his Lectures on Homeopathic Philosophy (1900) by providing a full description of Swedenborgian philosophy and spelling out such relevant Swedenborgian ideas as a human being’s interior and external worlds, the influx from the internal to the external, and the dependency of the whole on the Divine.

Each of Kent’s medicines had a “personality” that corresponded to the constitution of the patient. Rather than treat the specific organ or lesion, Kent aimed his medicines at the pattern exuded by the patient’s soul. Kent’s grouping of patients by type was an echo of Swedenborg’s description of the spiritual realms, where he described communities of angels gathering according to their personality and function to form the organs of a vast Universal Human that made up the whole of the heavens. In his writings, Swedenborg characterized spirits as, for example, “angels of the kidneys” or “angels of the lungs,” ascribing these souls of the deceased with characters and functions that corresponded with those organs.

Kentian homeopathy spread abroad, attracting Margaret Tyler and John Weir in Great Britain, Pierre Schmidt in Germany, and Denis Demarque in France. Nevertheless, the Kentian penchant for the constitutional (whole-person) prescribing of word-pictures to characterize medicines became almost a high art form and quickly fell into the hands of lay practitioners who popularized them even more. Today, due in no small measure to Swedenborg’s influence, homeopathy has become a bifurcated healing system with one faction looking wistfully at a more disciplined and reductionist process, seeking to fulfill a complementary role alongside mainstream medicine, and the other, enthralled by a vision that calls attention to the body’s essential harmony with the unseen forces of the universe.

There is a better than even chance that if you ask someone at the Centers for Disease Control and Prevention (CDC) or the World Health Organization (WHO) or your family physician who first discovered the poliovirus and when they did it, they would have a hard time coming up with the right answer. The answer, by the way, is Karl Landsteiner, MD and Erwin Popper, MD of Austria in 1908. 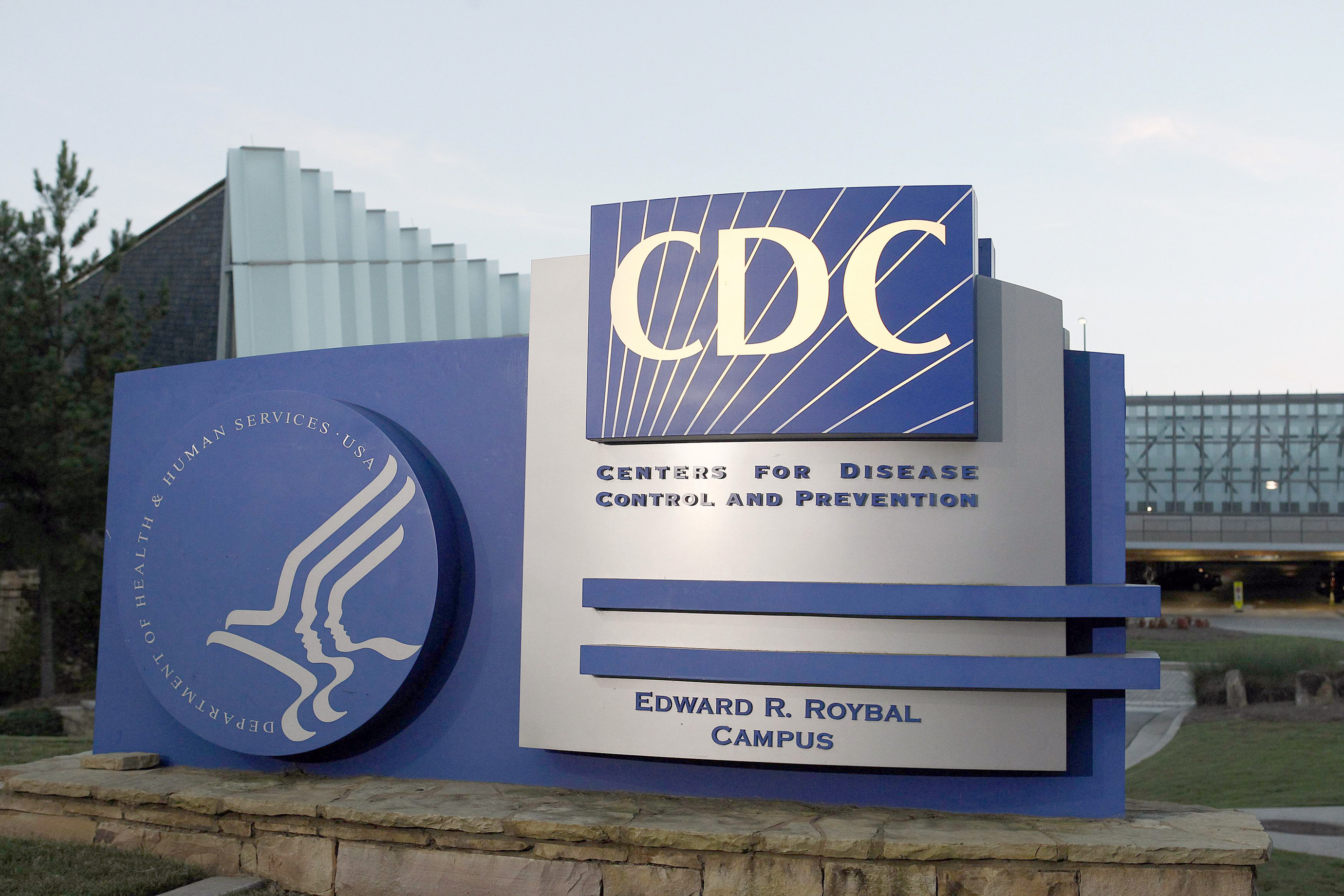 At the same time, it is unlikely many at the CDC, WHO or most medical doctors would be able to tell you the name of the person who came up with the theory of “herd immunity,” which serves as the foundational basis for justifying mandatory vaccination campaigns. The name of that person is Dr. Arthur W. Hedrich, a health officer in Chicago, Illinois. He observed that, “during 1900-1930, outbreaks of measles in Boston, MA appeared to be suppressed when 68 percent of the children contracted the virus.

The original theory of herd immunity had nothing to do with vaccination. The first mass vaccination campaigns for polio and measles in the United States, for example, did not occur until 1954-1955 and 1963 respectively. That’s three decades after Hedrich constructed his theory. The underlying assumption of the theory was that a community as a whole would develop a certain degree of natural protection from an infectious disease after a portion of its members actually came down with the disease, recovered from it, and became immune to it.

The more members of the herd (community) who were exposed to an infectious disease and developed natural immunity to it, the less of a threat that disease posed to the entire herd (community).7

Somewhere along the line between the 1930s and 1950s the theory of herd immunity was corrupted and resurrected as:

The more members of a herd (community) who were vaccinated against an infectious disease and developed immunity to it, the less of a threat that disease posed to the entire herd (community).

Notice the clever sleight of hand there. Suddenly, the importance of exposure to

an infectious disease was eliminated and replaced with vaccination, and the importance of natural immunity was diminished. That’s a problem because both of those elements are key to Hedrich’s theory. Hedrich was not thinking about a vaccinated community or vaccine-induced—“temporary”—artificial immunity when he thought up his theory. He was thinking about the process of how a disease works its way through a community and how that community, eventually, naturally builds up a resistance to it as a result.

Dr Hedrich would not recognize his theory today. He would likely be the first to speak up and say, “Uh, no, that’s not at all what I had in mind. You missed the central point.”

Just about anyone with the equivalent of a high school education can answer the question, “Who developed the theory of relativity.” Einstein, of course. The theory is central to the science of physics. Although some have tried to question it, no scientist or professor of physics of any note would dare try to misrepresent or redefine it.

Yet, ask any public health official or health care professional involved in giving vaccinations to correctly explain the theory of herd immunity and who developed it, many would probably fail on both counts. Why? Because they have not made an honest effort to study the history of the theory. They have erroneously accepted as truth the relatively new myth promoted by public health officials around the world that herd immunity can only be attained through a highly vaccinated population and that every unvaccinated individual threatens the health of and weakens the herd.

Hedrich’s theory of herd immunity has been twisted by the myth that vaccine-acquired artificial immunity is identical to naturally acquired immunity, which is false. That myth serves to perpetuate the idea that only strict enforcement of mandatory vaccination laws will protect society from disease, which is also false. https://thevaccinereaction.org/2018/06/the-theory-of-herd-immunity-has-nothing-to-do-with-vaccination-2/